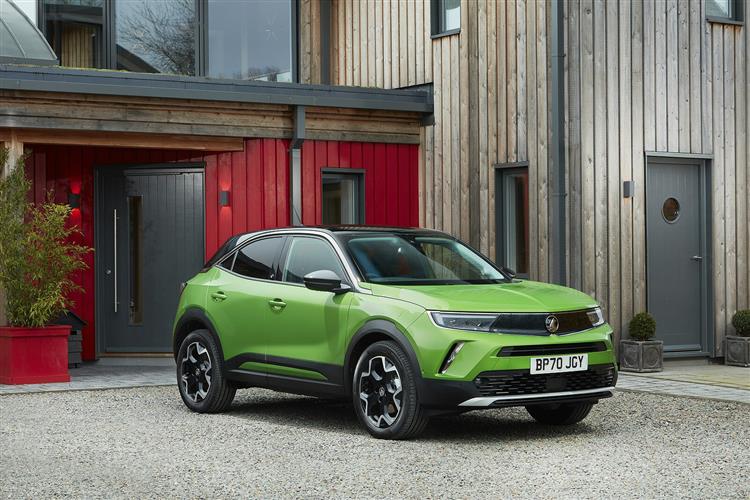 Unlike some volume rivals who are tinkering around the edges of electrification with mild hybrid technology, Vauxhall is fully committed to the electric revolution. And we mean the full-electric revolution. We've already had the Corsa-e supermini and EV versions of the Vauxhall Combo and Vivaro Life People Carriers. Now, there's this car, the Mokka-e small SUV, which ought to be the brand's most important EV yet. The looks and the cabin architecture (both a big step forward from previous Mokka models) are of course bespoke to Vauxhall but, at first glance at least, just about everything else here we've seen before. In the Corsa-e and in the two Stellantis Group small crossover models that share this one's engineering, the Peugeot e-2008 and the DS 3 Crossback E-TENSE. The Griffin brand though, claims to have subtly evolved its version of this fashionable recipe. Let's take a look.

This car doesn't feel quite as urgent away from rest as its Corsa-e showroom stablemate, but it's not slow; 62mph from rest takes 9.2s. It does share all the same mechanicals you'll find in that EV supermini though, a 50kWh lithium-ion battery mated to a 100kW electric motor putting out 136PS and working through the usual single-speed auto transmission you get with EVs. Like all Electric Vehicles, this one has a bit of a weight problem - that drivetrain adds over 300kgs of bulk, but that arguably helps the Mokka-e when it comes to ride quality; you'll feel things like speed humps keenly but at speed on the open road, it handles tarmac tears a little better than its combustion cousins. Vauxhall claims an operating range of 209 miles, though you'll only get near that if you engage a rather restrictive 'Eco' drive setting that drops power output right down to 83PS. You certainly won't achieve anything like that kind of range if you get anywhere near this EV's quoted 93mph top speed. Or if you habitually drive your Mokka-e in the 'Sport' setting that'll be necessary to release to full 136PS power output just mentioned. There's very light steering (which you'll need to get used to). And a button to increase brake regeneration (which will charge the battery as you brake or cruise and eke out that all-important driving range).

There aren't any significant visual changes marking this Mokka-e apart from its fossil-fuelled showroom stablemates, so unless your neighbours spot the charging flap, the lack of an exhaust pipe or the special badging, you're going to be able to complete your switch into EV motoring without attracting any undue attention. This MK2 Mokka design certainly has more assertive front end treatment, highlighted by the so-called 'Vauxhall Visor' look, made up of bold nose treatment featuring ultra-slim LED daytime running lights. Behind the wheel, this Gallic-influenced design is of course nothing like the previous Korean-sourced Mokka models. There are no conventional gauges: just a 12-inch digital instrument display, which works in conjunction with a 10-inch central infotainment monitor which is angled towards the driver. The layout uses what is called 'Pure Panel' design to make the two screens look like one long display. Predictably, materials quality is of a much higher grade than the old model. But space in the back isn't much different - though it's much better of course, than you get in a Corsa. The 310-litre boot is 40-litres smaller than the combustion-engined Mokka model.

We mentioned earlier that the Mokka-e will cover a 209 mile WLTP-rated range. The powertrain can support most domestic charging standards, as well as most commercially offered DC rapid charging systems. It has support for up to 3-phase 11kW charging in AC mode for home use: and 100kW DC capability is standard, allowing the car to be replenished at a public charging point to over 80% capacity in under half an hour. If you've access to a 3-phase electricity supply, you can pay more to get the Mokka-e's standard 7.4kW on-board charger upgraded to 11kW spec. If you do that and find a 22kW accelerated public charger, you can reduce the replenishment time to as little as 3 hours and 20 minutes. Most owners though, will stick with the standard 7.4kW package and use a 7kW wallbox installed in their garage to complete a full charge from empty in seven and-a-half hours. Unlike some other brands, Vauxhall doesn't throw in that wallbox free with purchase, but the company does offer customers a subsidised 7kW home charging unit from PodPoint for just £299. What else? Well, Vauxhall being a mainstream brand, residual values aren't as strong as, for example, you'd get from a rival BMW i3, but the Mokka claws the advantage back with modest cost of options and very affordable servicing you can budget for with a range of pre-paid servicing plans. There's an unremarkable, but potentially extendable, three year 60,000 mile warranty.

It's hard to recognise this generation Mokka from the Korean MK1 design launched back in 2012 that trundled around on an old fashioned chassis and used thirsty petrol engines. These days, the Mokka is a thoroughly modern product - and this Mokka-e demonstrates just how modern. The competition in this segment though is tough and if you've cast your net about in this class, you'll know that it can't go quite as far on a single charge as its Korean rivals, nor is it quite as engaging to drive as the Japanese Mazda MX-30. And of course it doesn't really offer anything fundamentally very different from its Stellantis Group cousins, the Peugeot e-2008 and the DS 3 Crossback E-TENSE. For all that though, we can see plenty of browsing Vauxhall showroom customers being quite seduced by what's on offer here. There's just enough driving range to be practical, just enough style to fit in at the gym and just enough value to make the switch to an EV possible on monthly finance. Just enough of everything then, for Vauxhall to get a toe-hold in this important sector. 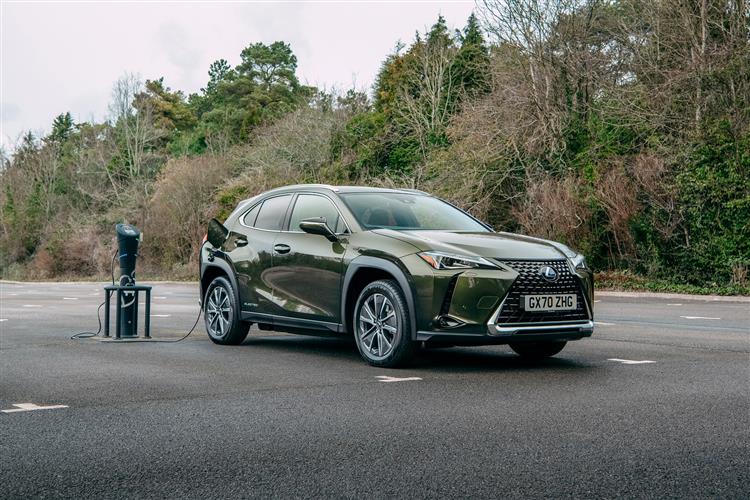 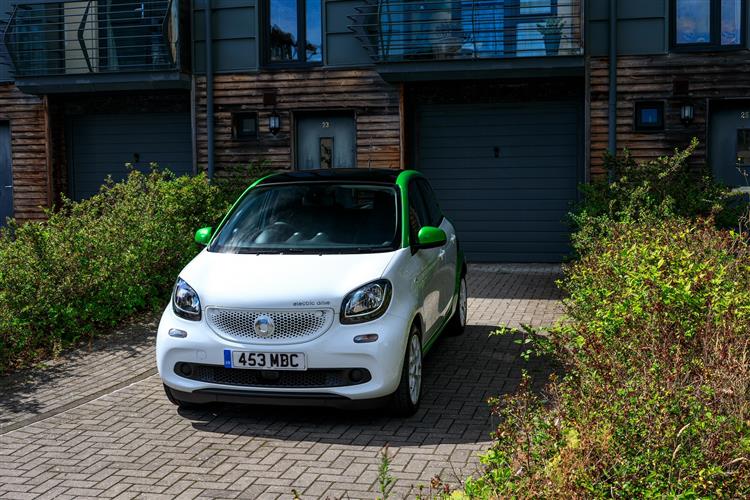 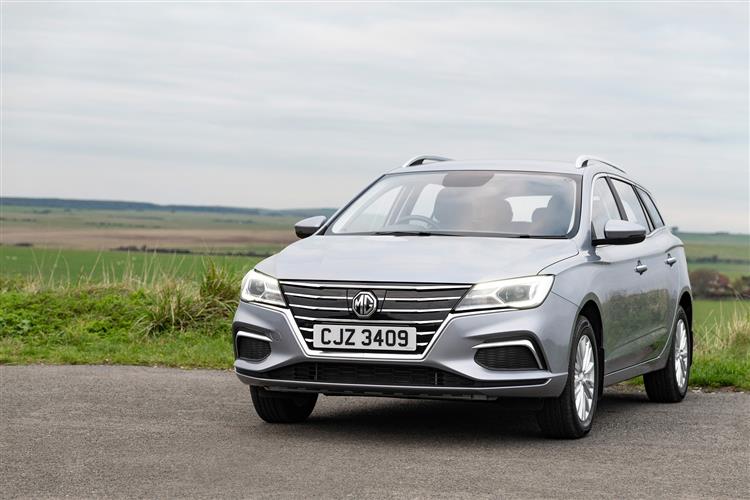 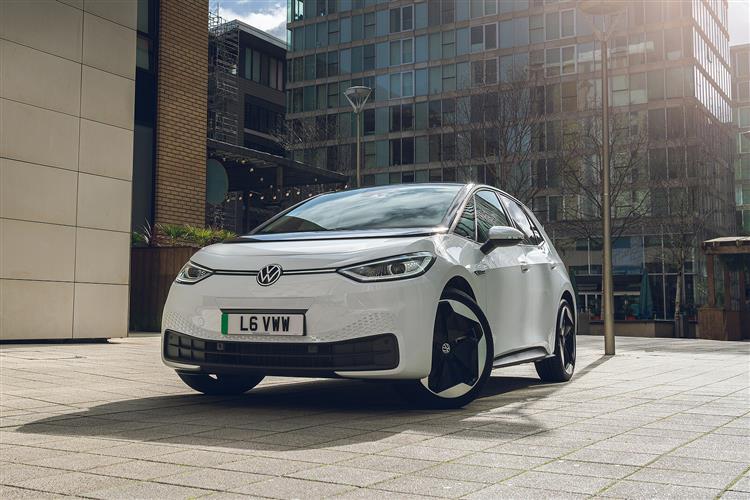